Hey everyone, I recently found this author and I did something totally not like me. I sent her a message through her website http://caasbrey.com/. She replied! She has a new book coming out and we would love for you to give it a read. P.S. You won’t have to wait long for the next books to come out. Pre-order and they’ll magically show up on your reader. 😉 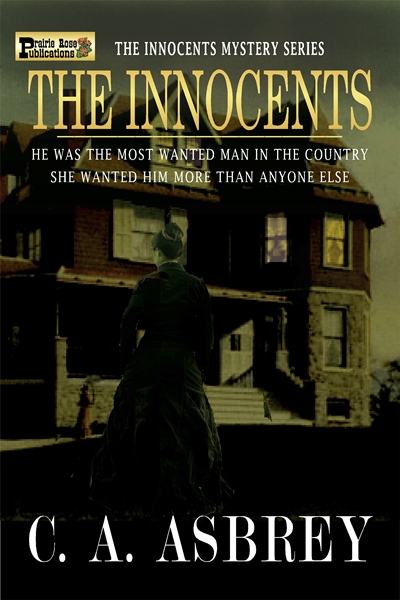 If that isn’t enough here’s an excerpt from the second book!

She raised her head and looked straight into his eyes. “Because I’m doing everything in my power to stop that happening to you or anyone else.”
“You expect me to believe you?” he bellowed.

“Yes. It’s the truth, and deep down you know it. I’ve been here for months, and I had nothing to do with you turning up. You know how you chose which bank to rob and I had no influence on your choice.”

Jake gazed into her rich, cinnamon eyes, so full of earnest determination. He trembled as his emotions engulfed him. Confusion mixed with his fury, his mind unable to define which path he should take. His face drained of color before he snarled his reply. “I don’t know anythin’ about you anymore.”

He stepped forward and grasped her dress at the throat with one strong hand, visions of Nat’s crumpled body floating around his head, mingling with memories of his sister’s blood filling the troughs and cracks between the cobblestones flooding back from his childhood. Never again, not if he could help it, but a germ of uncertainty wormed into his mind that prevented him from making the ultimate move. “Tell me why you’re with McCully.”

She hesitated, struggling to speak against the tightening fabric of her dress crushing her windpipe, her nails dragging at Jake’s tight wrist as she stared into his cold, blank eyes. His pupils narrowed as his mind gave in to the haunting horrors of the past. His mind shut down, playing only the fears, and blocking out the here and now until he was lost to reality and to the harsh effect of his throttling grasp as his hand twisted the cloth even tighter.

“Jake!” They both turned at the sound of beating hooves as Nat galloped into the clearing on a sweating horse. He took in the scene and dropped from his horse before he walked over to them, maintaining eye contact with Jake all the way. “Jake, I know about McCully. Let her go.” Nat’s voice remained steady and composed as though he was calming a skittish horse.

Jake ignored him, lost in the nightmare of his youth. Nat frowned and took in the furious man before him. He had seen Jake like this before, during the war, when they had come across the remains of a family decimated by a marauding party. One straggler had still been there, taking his time with an unconscious thirteen-year-old girl. Jake Conroy had descended into a spiral of ferocity. There was little point in trying to reason with him when he was like this. He was running purely on emotions and nightmarish traumas from his childhood, so Nat had to depend on the decent essence at the man’s core. He knew Abi was struggling for air, but he also knew she’d be dead by now if Jake Conroy really meant to kill her. His best tactic was to distract Jake and bring him back to reality, leading him away from his fractured past and toward the man he had become. Experience had taught Nat that telling Jake what to do would enrage him more. Jake wasn’t reasoning. He was emoting.

Nat’s gaze turned to Abigail’s before he returned to Jake. He raised his eyebrows in query. “Did she tell you she was handing us over to McCully?”

Abigail’s face was turning puce but Nat was in no hurry. “What did she say?”

“She lied. What do you expect?”

Nat put his weight on one leg as he hooked his thumbs in his belt and continued. “So? How you gonna kill her then?”

Abigail punched at Jake’s arm in desperation as she dropped to her knees, able to suck no more than a tiny amount of air.

“You gonna strangle her with your bare hands? Not sophisticated, but it’ll get the job done I suppose.”

Jake turned his chilling gaze back to the woman writhing at the end of his arm before Nat drew his attention back to him again. “A shot to the head would be quicker. Want me to do it?”

Abigail’s eyes watered as she choked and struggled against Jake’s grip, while Nat’s brown eyes drifted over to her, drawn by her fight for life.

“There’s a river over there. How about drowning? Drowning’d work.” Nat pondered and seemed to think the better of it. “No, you’re right. Too wet. Or hanging maybe? What about hanging? One thing’s for sure. I wouldn’t do it that way.”

“We both got knives. No, I guess you’ve thought it through. Far too messy.” Nat examined Jake’s grip before looking straight into his face. “Maybe both hands and put them right around her throat? That fabric’s starting to tear.” He toyed with the grass with the toes of his boots for a few seconds before he spoke again. “Or a rope? You want me to get you a rope?”

Jake Conroy exploded at his annoying partner. “Oh, for cryin’ out loud! You know how to do everythin’ better, don’t ya?”

Jake threw Abigail aside and strode over to Nat, facing him down, irritated beyond belief at his constant criticism, while Abigail lay on her side gasping for air and ineffectually trying to crawl away. Nat gave Jake a satisfied nod and shook his head with a smile of relief. He grabbed his uncle by both arms and smiled a life-affirming grin. “No. Now that you ask. I don’t want either of us to do it. It took you a while, but we got there in the end.”

Nat led Jake over to a tree and pushed him to a seated position. “Take a minute. I’ll see to her. It’s all fine, Jake. We’re all safe. Relax. Breathe, and sit still. You were strangling her.”

Nat watched Jake’s empty eyes fill with both humanity and confusion. “I never! I just grabbed her.”

“You were twisting the collar of her dress, Jake. It got so tight she was going bright red and dropped to her knees.”

Jake paused, his missing memories confounding him. “No. I just grabbed her. I wanted answers. I would never—”

Nat patted his arm. “You got her real winded. What you saw wasn’t what you were doing. It was like Kansas again. You haven’t been like this for years. I know what came over you. I found out about McCully.” He glanced over at Abi pushing herself to a sitting position. “She’s fine. Sort yourself out while I get to the bottom of this.”

Blog – C.A Asbrey – all things obscure and strange in the Victorian period http://caasbrey.com/